It is one of the most beautiful and useful waterfall in the Philippines. You will only encounter it in the pages of Sibika at Kultura (Hekasi) books in your elementary school days, but once you see it in person, you will be impressed by its amazing beauty.

Not only does Maria Cristina look stunning, but it also has great value to the locals of Iligan City. It is estimated that the waterfall has a flow that can supply 70% of Mindanao’s power with its current of 200 megawatts. As a result, people cannot swim in the Maria Cristina Falls. Visiting here won’t be a disappointment, though, as you can still admire it from afar, and hop from one waterfall to another like Tinago Falls. Iligan is known as the “City of Majestic Waterfalls” because it’s home to many waterfalls.

The name Maria Cristina Falls comes from a legend about two sisters named Maria and Cristina who both fell in love with the same man. Learn more about them below.

The legend of Maria Cristina Falls

We Filipinos love both love and legends, so it’s not surprising that you’ll hear a lot of tales about the destination you’ll visit. Touring the Philippines is full of legends and folklore that make our journeys more intriguing and memorable.

Here are two tales about the Maria Cristina Falls. Before you visit, you should know first about the Falls’ history.

According to legend, Maria Cristina Falls and her twin sister Cristina lived in Iligan once, where they fell in love with the same man. The man loved both of them but could not decide which to choose. Maria, the youngest, went to the falls and jumped. When Cristina learned of this, she too went there and jumped. The twins were so in love with each other that they were both willing to sacrifice their lives for each other. In honor of their memory, the man buried their bodies under the falls. Unwilling to marry anyone again, he named a twin waterfall in the area in their memory.

A son of a Sultan was one of her suitors when she was a child. Maria Cristina fell in love with him. They were both happy with each other, so they decided to get married. But a witch came and told them that their wedding would not happen. Despite her beauty and fate with the prince, this witch was envious of Maria Cristina.

After the raid, Maria Cristina remembered that she wasn’t able to see her mother and she felt sad. So she went to a river and reminisced about the good times she had back then, and then she began to cry. As the witch saw her, she cursed her because she was also in love with the prince. The witch cursed Maria Cristina that she would turn into a mountain and her tears would not stop flowing which would become a river.

Maria Cristina Falls: What to expect?

In the connecting area of the waterfall, the National Power Corporation (NPC) has developed an adventure sports park, where people can enjoy rock climbing and trekking.

Visitors can view the waterfall from a viewing deck on the 3rd floor of the NPC building on Saturdays, Sundays, and special holidays when the power plant is closed.

The NPC must be contacted first to verify that the falls are open for viewing. The admission fee is P50.

Since there is such a strong current here, swimming is strictly prohibited here.

Things to do around Maria Cristina Falls 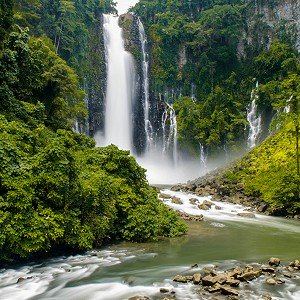 Get up close to some animals like monkeys, ostriches, crocodiles, and more in the park’s Botanical and Zoological Garden 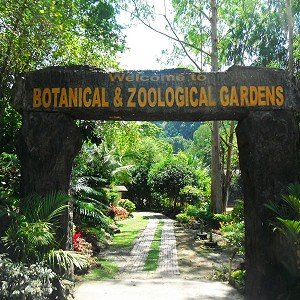 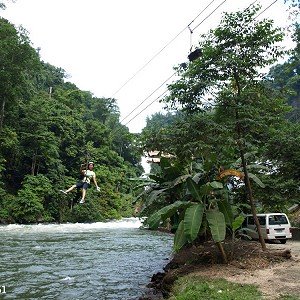 After arriving at the bus terminal, ride the bus bound for Iligan City. From the terminal to Iligan, the travel time is approximately 2 hours.

From the town proper, ride a jeep bound to Buru-an/Linamon and inform the driver to drop you off to a corner going to Maria Cristina Falls. From there, ride a motorcycle (habal-habal) to Agus River that costs about P60 to P80 per way. There are also taxis available in the area if you want a more comfortable ride. 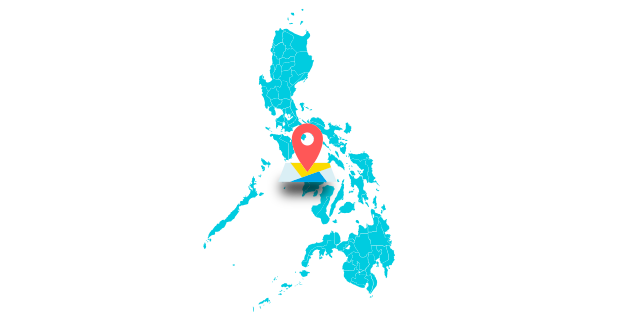 {"commentics_url":"\/\/www.philippine-destinations.com\/comments\/","page_id":610,"enabled_country":false,"country_id":0,"enabled_state":false,"state_id":0,"enabled_upload":false,"maximum_upload_amount":3,"maximum_upload_size":5,"maximum_upload_total":5,"securimage":false,"securimage_url":"\/\/www.philippine-destinations.com\/comments\/3rdparty\/securimage\/securimage_show.php?namespace=cmtx_610","cmtx_wait_for_comment":"cmtx_wait_for_comment","lang_error_file_num":"A maximum of %d files are allowed to be uploaded","lang_error_file_size":"Please upload files no bigger than %.1f MB in size","lang_error_file_total":"The total size of all files must be less than %.1f MB","lang_error_file_type":"Only image file types are allowed to be uploaded","lang_text_loading":"Loading ..","lang_placeholder_country":"Country","lang_placeholder_state":"State","lang_text_country_first":"Please select a country first","lang_button_submit":"Add Review","lang_button_preview":"Preview","lang_button_remove":"Remove","lang_button_processing":"Please Wait.."}
{"commentics_url":"\/\/www.philippine-destinations.com\/comments\/","auto_detect":false}

More places to explore in Mindanao